The Surprising Way Running is Tied to #RISE

April 21, 2018
Have you ever looked back on a decision with the clarity of current wisdom and felt the downward curve of your spine as your head bows in shame? Often such moments come out of an epiphany or revelation brought upon quickly, but sometimes they manifest out of a slowly unveiling of a truth you were purposely avoiding. I had one of these exact moments this week, and the shame did not overwhelm me so much as embarrass me in its simplicity. I should have seen it a lot sooner.

There is a lot uncertain in my life right now, and that is a product of a bold leap of faith to shift out of a comfortable space to a less certain and God driven dream. In public posts, I have written about the voice I am hearing and the messages I receive that have directed this peace-filled action. Reading those posts renew my spirit and help remind me of purpose in these weeks that have been challenging as I knew they would with such a long goodbye. The piece that has taken me by surprise though has been the sustained running injury that I thought had resolved itself back in March. And the fact that it had not and had resurfaced after publicly posting about this upcoming marathon and "rocking it" was causing me some distress.

Will people believe me when I have to stop this marathon training? Didn't His message in January say that my voice would #RISE through running? Haven't I been certain to weave messages of gratitude into the running posts? If I am wrong about this, could I be wrong about it all?

The broken record of self-doubt, frustration, sense of failure, and lack of fulfillment from running this past month has taken its toll. Though I have not broken the streak, there have been many shorter run days and only one ten mile run in the month where my mileage should be peaking for marathon training.

After praying intentionally over it last week, I was given direction to seek out a local PT, and not just any but a specific person. And I did. I learned that there is no tear. It is not serious. My muscles are tight. And I should be seeing her regularly.

Basic actions that most intelligent runners do have taken more of my time. Foam rolling. Hydration. Strength training. In other words, I am no longer trying to be superhuman. Just human.

None of that induced the shame moment though. Instead, what brought my head to lower and ask for forgiveness really manifests from who I was in September of last year. After having come off a first place in my age group half marathon, I decided to sign up for Grandma's. My sister encouraged me as I could qualify for Boston with that time, and she really wants to travel with me again.

My motives were pure on the surface. I registered for Grandma's Marathon and put Boston 2019 on my calendar as motivation. All without consulting my husband. And that is the moment that I looked back on with shame this week. That and the dozens of times we spoke about the cost of the hotel for the weekend for my sister, nieces, and daughters...all the while ignoring the fact that it falls on the weekend of our fifteenth wedding anniversary and Father's Day weekend. Back in September, I rationalized all of that by thinking we would celebrate the following week.

When I quit my job and knew there would be no income beginning in July, I had a lot of self talks, but only about the cost. Never about the timing.

I decided a few weeks ago that I would give the decision to stick with the marathon until May 1st because that was the date to avoid $758 in hotel charges.

After weeks of little success with this leg issue, it hit me that my focus was in the wrong space, and that is where the shame came. It hit me hard, but honestly didn't last very long. The decision to cancel was really easy when I realized that week should be spent on my husband and children. Once I realized how selfish my motives had been six months ago, it was very easy to reverse it. And my husband's reaction was one I will long remember. We are excited to be planning a vacation together. Maybe even take a trip with the girls. It will be the perfect transition as my last day at Spooner High will be June 12th. Just in time to celebrate fifteen years with a man who has stood by me through a lot on the 14th.

The best part of the message here is that I was given the clear truth today about how running really would be used for #RISE this year. It's not about running well to qualify for Boston or inspiring people through this running streak. Instead, my message is to #RISE in this experience. I am still being transformed and know that this process will be continuous. This injury is a true gift. It is minor. I will overcome it by being better about taking care of my human body. More importantly, it has afforded me the gift of seeing what is truly important in that week and shifting my priorities square where they should be. If this were any other marathon, the dates wouldn't be so important. But it's not, and that is the beauty here. I can look back to myself six months ago and see how far He has brought me. And be thankful for injury and the ability to continue to Let Go to Levitate.

Though I never expected this is how running would be used to have my voice #RISE with His purpose in me, I am thankful. Becoming a better wife for my husband and mother for my children is far more important than any PR will ever be. And I will still travel with my sister...maybe even to Boston after a fall marathon. Or maybe just to be with her and not run. Either way, I will do it with a wiser frame of mind and a grateful heart for the pruning and transforming being done within me to #RISE with purpose and grace. 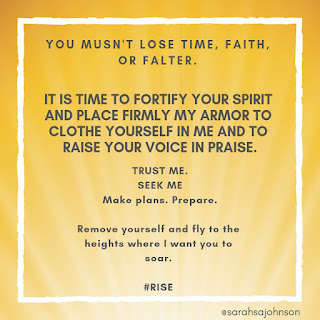 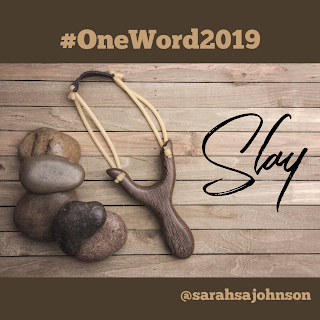 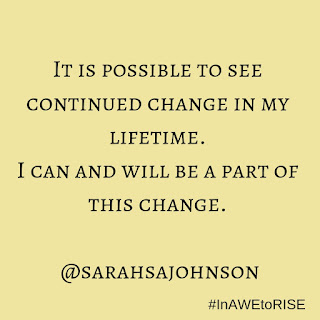